Bonfires were a significant part of the Celtic Festival of Samhain.

Many people are surprised to find that Halloween actually originated in the Celtic world of the Bronze Age when Celts inhabited Ireland, the United Kingdom and Northern France.

The ancient Celtic Festival of Samhain (pronounced “sow-in”) was an end-of-Summer celebration — a sort of harvest festival, but also a festival intended to dissuade troublesome spirits from causing havoc or death during the coming long and cold winter months.

Celts believed during this time, the veil between the worlds of the living and the dead was thin, permitting spirits to return. They thought many of those spirits were responsible for damaging crops and caused other problems. 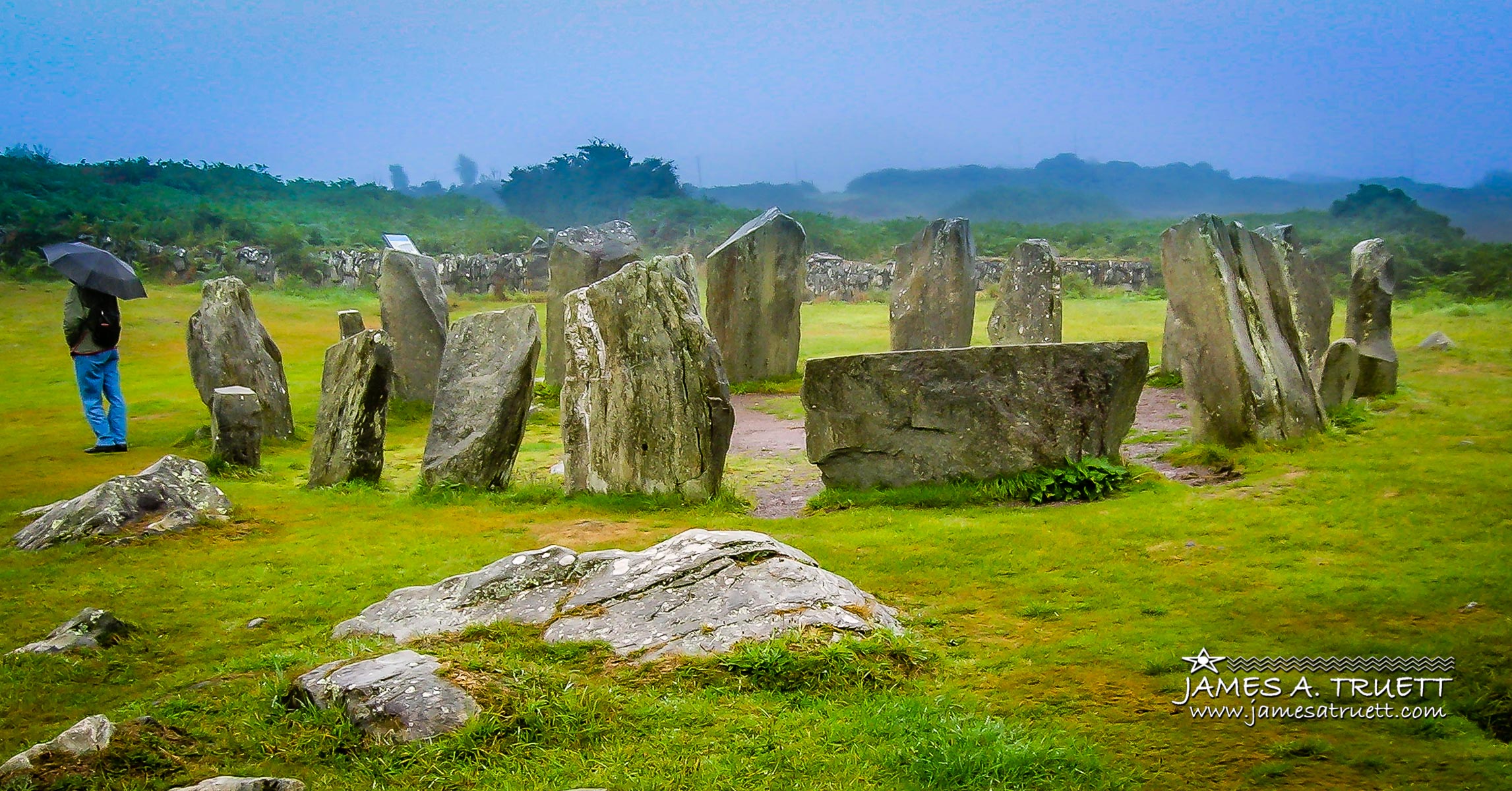 The Drombeg Stone Circle, believed to have been built by Druids in County Cork, likely was a site for Samhain celebrations.

Samhain also served as a sort of New Year’s Eve — the Celtic New Year began on November 1. Celebrations included bonfires and dressing up in costumes of animal heads, skins or any other readily available items that might scare away evil spirits.

The bonfires also had a religious purpose — sacrifices were made to their deities to encourage protection during Winter, a time when many deaths were common.

An essential part of this annual tradition involved extinguishing the fires in individual homes, then re-lighting them later at night from the embers of the ceremonial bonfires. The protective energy from the blazes would then keep the inhabitants of each home safe.

As the years passed and other cultures conquered, dominated or otherwise co-mingled with the Celts, the original festival started to take on aspects of the different belief systems. For instance, the Roman influence incorporated their practice of honouring Pomona, the goddess of fruit and trees. The symbol? The apple, which is likely the reason the tradition of bobbing for apples came about.

Oddly, celebrations around All Souls and All Saints Day were surprisingly similar to the Samhain — bonfires were lit, and celebrants donned costumes of demons and angels.

Christianity eventually swept in starting in the 5th Century A.D. and gradually applied a new twist that included All Souls and All Saints Day, celebrated November 1. The modern-day moniker, Halloween, came out of the earlier Christian name for that day — All Hallows — with the evening before, October 31, known as All Hallows Eve.

Oddly, celebrations around All Souls and All Saints Day were surprisingly similar to the Samhain — bonfires were lit, and celebrants donned costumes of demons and angels.

The whole idea of carving pumpkins and trick-or-treating didn’t come about until hundreds of years later. The original Jack-o-Lanterns were cut from turnips and potatoes in Ireland. The story behind these ghoulishly decorated vegetables is quite interesting, though a bit long.

You can read about it here.

Like most holidays, Halloween also has become so blatantly commercial that the original sacred meanings have been subverted. So when you’re out celebrating Halloween, keep in mind our ancient Celtic ancestors who, honouring the Earth, worked tirelessly through the seasons and cycles of life.